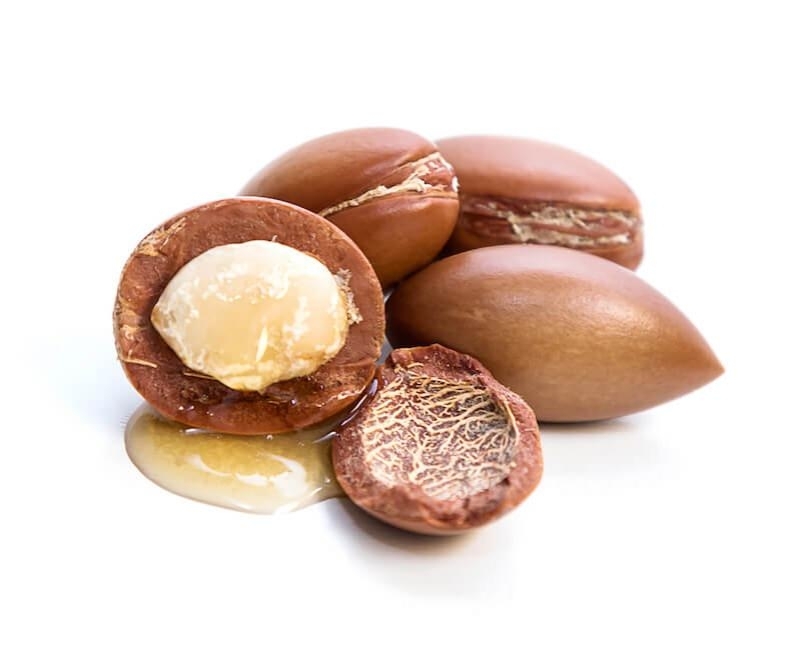 Argan oil has become one of the most prized oils in the world in a few short years because of its unique savor and multiple pharmacological properties. The trees which produce the fruit and the seeds, from which this rare oil is produced, grow only in Morocco, on the far north-west of the continent of Africa. Drop by drop this oil is emerging as a food delicacy and as an anti-aging skin product. Edible argan oil is traditionally prepared by Berber women who manually crunch the roasted kernels of Argania spinosa fruits. Unroasted kernels furnish a cosmeticâ€grade oil.

The delicate hazelnut taste of argan oil, combined with its high level in unsaturated fatty acids, has allowed its swift commercial success and, nowadays, argan oil of standardised quality is marketed worldwide. Traditionally, argan oil has been well known for its cardioprotective properties and it is also used in the treatment of skin infections.