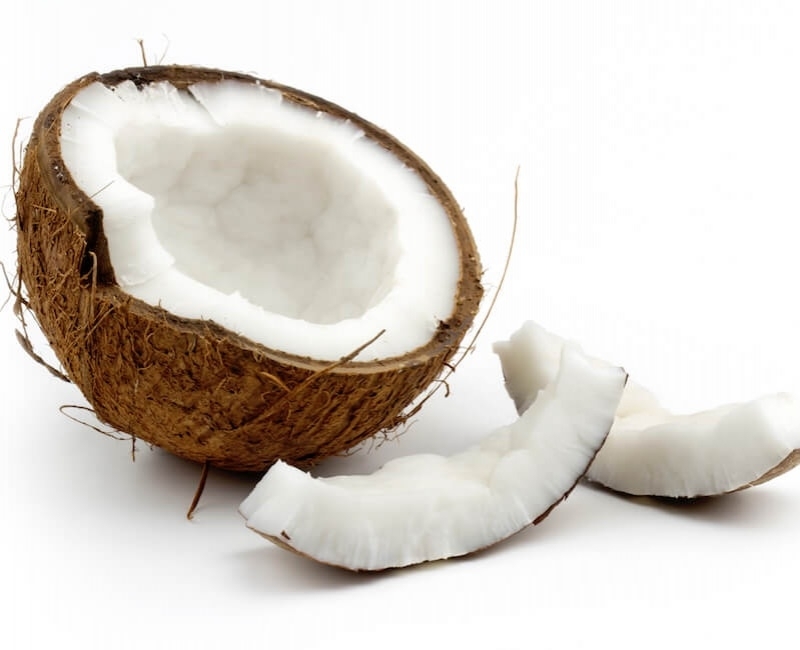 Coconut oil comes from the nut (fruit) of the coconut palm. The oil of the nut is used to make medicine. Some coconut oil products are referred to as "virgin" coconut oil. Unlike olive oil, there is no industry standard for the meaning of "virgin" coconut oil. The term has come to mean that the oil is generally unprocessed. For example, virgin coconut oil usually has not been bleached, deodorized, or refined. Coconut oil forms a white homogenous mixture when beaten well with a little water. Otherwise, it is insoluble in water at room temperature.

Coconut oil is predominantly composed of saturated fatty acids (about 94%), with a good percentage (above 62%) of medium-chain fatty acids among them. The amount of moisture present in coconut oil varies greatly depending upon the moisture content of the source, such as Copra or Fresh Coconut; including the method of extraction and also on the processing done on it.

Coconut oil shows oxidation and reactivity with acids and bases. The proportion of various fatty acids, vitamins, moisture, and other nutrients may vary with the quality of coconuts, the method of extraction, the presence of heat, as well as pre-processing and post-processing. In crude coconut oil, you will find suspensions of protein and other organic particles, which obscure its clarity. They are infrequently found in refined coconut oil. The oil subjected to heat will have less moisture than that which was not exposed to heat. The saturated fats present in coconut oil, being a great source of energy, effectively cure fatigue and energy malnutrition.