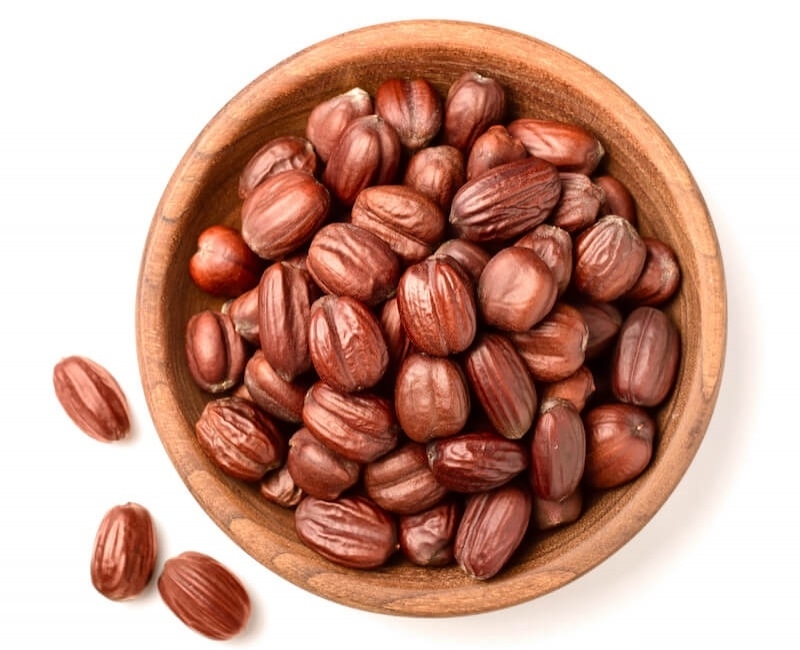 Jojoba (pronounced ho-ho-ba) oil is a vegetable oil obtained from the crushed bean of the jojoba shrub (Simmondsia chinenis). The jojoba shrub is native to the Sonoran Desert of northwestern Mexico and neighboring regions in Arizona and southern California. Jojoba grows best in areas with 10-18 in (25-45 cm) of annual rainfall where temperatures seldom fall below 25°F (-4°C) for more than a few hours at night. It can grow on many types of soils, including porous rocks, in slightly acid to alkaline soils, and on mountain slopes or in valleys.

Jojoba oil is prepared by pressing the jojoba seeds to extract the oil, followed by filtration. It is then pasteurized to ensure product safety. Jojoba oil is different from that of other vegetable oils. Rather than being an oil, it is actually is a polyunsaturated liquid wax that is similar to sperm whale oil, though without the fishy odor. . It does not oxidize or become rancid and does not break down under high temperatures and pressures. Jojoba oil can be heated to 370°F (188°C) for 96 hours without exhibiting degradation in general composition and carbon chain length. The stability shown by jojoba oil makes it especially useful for cosmetic applications.

Jojoba oil has many uses in a wide variety of industries. As a cosmetic, it is an effective cleanser, conditioner, moisturizer, and softener for the skin and hair. It is applied directly to the skin to soften the skin, to reduce wrinkles and stretch marks, to lighten and help heal scars, and to promote healthy scalp and hair. It is widely used as an ingredient in shampoos, conditioners, facial, hand and body lotions, cuticle and nail care products, baby care lotions, creams, and oils, cleansers, moisturizers, bath oils and soaps, sunscreen lotions, and makeup products. Jojoba oil is also used as a base in the manufacture of perfume. Though other carrier oils have achieved the moniker liquid gold, jojoba oil also deserves to be regarded at this high standard, not just for its elegant golden color, but also because of its rich skin-health benefits.

ODOUR
Little to no odour